I grew up surrounded by stories and storytelling.

My father, John Box, was a film production designer, working on ‘Lawrence of Arabia’, ‘Dr. Zhivago’, ‘The Great Gatsby’, ‘A Man For All Seasons’ and the musical ‘Oliver’. (Click here for more on John ) Our house was always filled with people, usually eccentric, always talented, invariably stroppy, discussing stories. My mother put my father’s four Oscars to good use as toilet roll holders, doorstops and hat stands.

A major chunk of my childhood was spent loitering around on film sets. Who needs an ‘English education’ when you have the marble-dusted streets of downtown Moscow, ten miles outside of Madrid, to explore?

But then the years of ‘Who Will Buy My Sweet Red Roses’ came to a rather abrupt end. Reality knocked on the door in the guise of the Metropolitan Line to Shepherds Bush and the BBC. Working in television as a script editor and story consultant, I was part of the creative team responsible for setting up ‘Casualty’. I became known for going after the more ‘difficult’ stories at the same time successfully racking up viewing figures from 7 to 14 million. 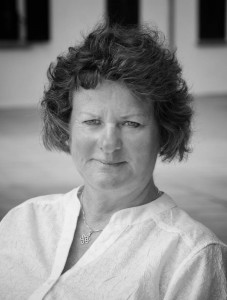 I went on to develop various projects for both the BBC and the independent sector. The period I enjoyed most was working with Jack Rosenthal, a wonderful writer, on the series ‘Moving Story’ – ‘That’s a situation, a good situation, but now you need to make it into a story.’

Martin, my husband, was made an offer he couldn’t refuse and we left England to live in Amsterdam. ‘Ik wil een kilo kabeljauw, alstublieft’ will, if all goes well, buy you a piece of cod – I decided to concentrate on my writing rather than my Dutch pronunciation.

My debut novel, ‘We’ve Come to Take You Home’, set in the present and in 1918, a crossover aimed at the adult and young adult women’s fiction market, was published in the Spring of 2016.

Books and Authors that have inspired me  –  Follow this link